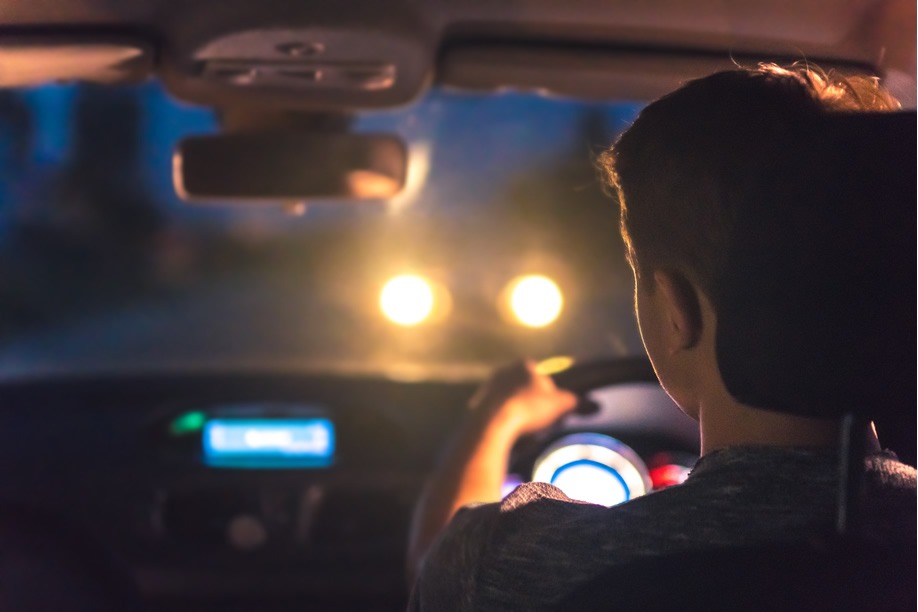 It’s a question that many learners and those who wish to accompany learners ask. Are learner drivers allowed to drive at night? In this article we will give you the definitive answer, but also explore the reasons why many learners think they wouldn’t be allowed, or indeed have reservations about driving at night.

Learners are Legally Allowed to Drive at Night

The Challenges of Learners Driving at Night

Reduced Visibility of Other Road Users

When driving in the daytime you can see everything clearly. You can see everything from the colour of nearby vehicles and you can spot vehicles at a significant distance. Driving at night as a learner can be daunting because you’ll be relying on spotting the headlights and tail lights of other drivers as opposed to having visibility of the vehicle itself.

When driving in the day, road markings are clearly visible. In contrast, driving at night means road markings look faint and learn drivers will need to adapt how they see the road. The lights from oncoming traffic can also reduce visibility, meaning that instead of looking directly ahead as you would in the daytime, you may also need to pay closer attention to the markings in the middle of the road.

Difficulty in Judging Speed and Distance

The reduced visibility at night means judging distance becomes more difficult. When a car is driving in front of you in the daytime, it’s easy to see the distance. Whereas at night, particularly at long distance, you may think a vehicle is moving more quickly than it actually is, because you’re relying on the tail lights for your reference point for distance.

Although here at Collingwood we don’t have curfews on our learner driver policies, some insurance companies may employ a curfew. So beware of driving late at night as a learner if you haven’t read your policy. You should read your policy in full to understand the terms and limitations. If you’re ready to do private practice without a curfew, get a quote on learner driver insurance with Collingwood and enjoy the freedom of private practice at your convenience, a

Can a Learner Drive With Passengers?

It's no surprise that the use of electric vehicles (EV's) has increased in recent years. Research from Mckinsey and Company shows the...

As many people know, the process of getting your driving licence here in the UK isn’t easy. Around 1.6 million people sit...

Can a Learner Drive With Passengers?

Learner drivers who partake in private practice first need to understand the rules around learning to drive and who can supervise. However, once you are...

Can you Get Learner Driver Insurance with Points or Convictions?

If you’re looking at partaking in private practice with a friend or family member in addition to driving lessons, you will need to...

Are Learner Drivers Allowed to Drive at Night?

It’s a question that many learners and those who wish to accompany learners ask. Are learner drivers allowed to drive at night?...

£1000 Fine For Having A Hanging Air Freshener In Your Car?

The Easiest & Hardest Places In the World to Get Your...

Can You Take Your Driving Test in Your Own Car? You...

What is a Driving Instructors Salary? How Much Can An Instructor...

How You Can Overcome Anxiety In Your Driving Test | Top...