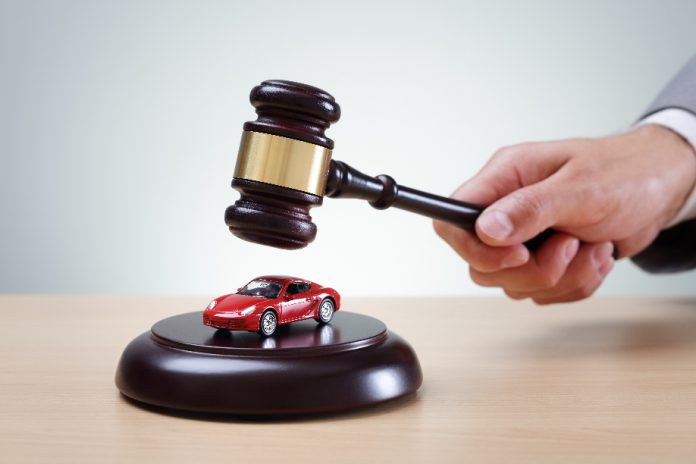 You might think that the UK has some strange laws like the fact you must not have dirt on your licence plate, or that it is punishable by law to splash someone while driving through a puddle. That being said, none of these laws quite compare to some of the bizarre laws in other countries across the globe. Please enjoy reading the top 10 weirdest driving laws in the world.

Starting with China, one of the laws that stuck out the most was a Law created relatively recently. If there was to be an accident involving a vehicle and a pedestrian, the driver of the car is automatically held responsible. The only way the driver of the vehicle isn’t held responsible is if the pedestrian deliberately caused the accident (Only if the evidence is provided). This law was created in an attempt to keep collisions to a minimum.

One of the weirdest driving laws in America is that in the state of Montana, it is forbidden to leave a sheep unescorted in a truck. Not a cow, not a pig, not a duck, just sheep. So if you ever find your way to Montana, make sure you don’t leave your sheep alone in your truck unattended.

Despite California being the home of the American Dream, this isn’t the case if you want to drive around in your dressing gown. Aimed at women in particular for some bizarre reason, you are not allowed to drive while wearing a dressing gown. So before you rush out for work in the morning make sure to take your dressing gown off and get some clothes on.

As a way to stop traffic problems, The Philippines decided to pass a law that means if you have the number 1 or 2 at the end of your driving plate, you are forbidden to drive on a Monday.

Apparently, America appears to be pros at making bizarre driving laws. This law is about elephants in particular. The parking fee for a car must be the same price as an elephant tied to a parking meter. Oddly this law isn’t in the UK, and but if you happen to be riding an Elephant in Florida, you no longer have to make sure you pay your parking meter as the law is no longer in place.

In France, it is a legal requirement to carry around your own breathalyser and have it in your car with you. If you fail to do so this it can result in a fine of 11 euros. Might not break your bank, but it could put a downer on your holiday so make sure to think about this if you ever plan on driving to France.

In Germany, they are very strict when it comes to driving. Not only is it one of the most expensive country to learn to drive in, but you must keep your car as efficient as possible. Why? It is illegal to break down, or even run out of fuel in Germany. If you are caught, you can risk a fine worth £100+ and a point on your licence. This doesn’t include if you cause an accident. If that is the case you could potentially have your licence revoked.

For decades, women have never been able to drive in Saudi Arabia, massively limiting their freedom. Thankfully, Saudi Arabia removed this law last year but I still believe this was worth a mention. This is the final country removing this ban meaning, women are now able to drive in every country.

Thankfully, there is a law in Alaska that states that it is illegal to tie a dog to the roof of your car. I am unsure of a scenario where this would happen, but nonetheless, I’m happy it exists.

Possibly one of weirdest laws in the world, let alone laws related to driving is this one. The law is that is it completely forbidden to shoot any animal from a car unless the animal is a whale. Why on earth would you want to shoot a whale from your car in a state where there is no access to the ocean? Whales watch out!

When is the best time and day of the week to book your driving test?

Learner driver insurance can sometimes seem confusing, but we’re here to tell you it really is quite simple. In this article, we...

When driving safely in foggy weather, the biggest challenge you will face is your vision. Sometimes the fog can be so overwhelming...

How do you drive safely drive in heavy rain?

According to the MET Office, 9 out of 10 weather-related deaths and serious injuries on the roads took place in the rain. Driving...

Which areas of the UK have the most and least penalised...

When is the best time and day of the week to...

ABOUT US
Collingwood Insurance Services (UK) Ltd. is a UK based insurance intermediary with offices in Newcastle upon Tyne. We have been providing our customers value and excellent customer service since 2006.
*TrustPilot review scores correct as of 21.02.22
Contact us: learners@collingwood.co.uk
FOLLOW US
© Collingwood Insurance